The mixer, as the name suggests, is used for tuning. The mixer belongs to the front stage processing equipment, and it usually does not have a built-in amplifier. Its function is to enlarge the multi-road sound source (such as record machine, CD machine, microphone and so on) through the front stage and carry out simple tone processing. The number of roads can be divided into 6 road, 8 Road, 16 Road, 32 road and so on. Its main role is to facilitate users to manage multi-road sound sources.

But the mixer is not used to amplify the power and drive the big speakers and big horns, but to adjust the tone, such as adjusting the high pitch, the bass and the middle tone of a song, the singer's voice and the accompaniment of the musical instrument, making the singer's singing and musical accompaniment sound more pleasant to hear and more harmonious.

As we need multi-road signal sources (such as there are more than one microphones) to adjust the complexity in some professional occasions, a DJ is needed to control them at any time. The scheduling device for this complex signal source is the "mixer". The household occasions are not so complex, so their functions are integrated into the power amplifier. It is very important to separate the power amplifier from the front and post stages. The front stage is responsible for some functions of the mixer, and the "pre-amplification". 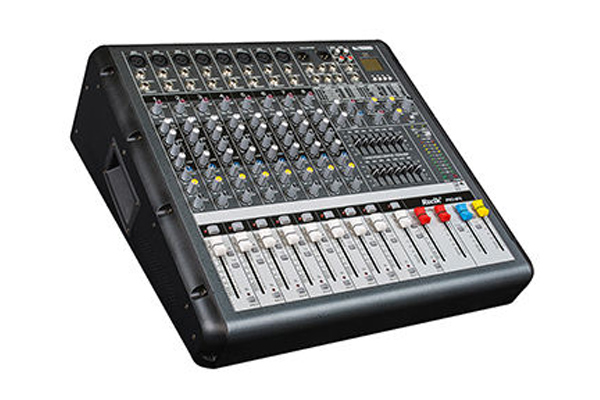