The BGM 6 Zoning Amplifiers are designed with overall 70/100-volt or 4 to 16 ohms(Ω) loads and featured an industry leading 6- zoned 100 volt load solution, skillfully engineered into a 2U housing with rack mounting holes on both ends of front panel.

60/120/240/350/500 watts of amplifier power are available,with provided an audio output to 6 different zones within the venue,
each zone has its own separate switch on/off manually operated on front panel.

Widely used for any kind of public areas where background music and voice announcement system are required. 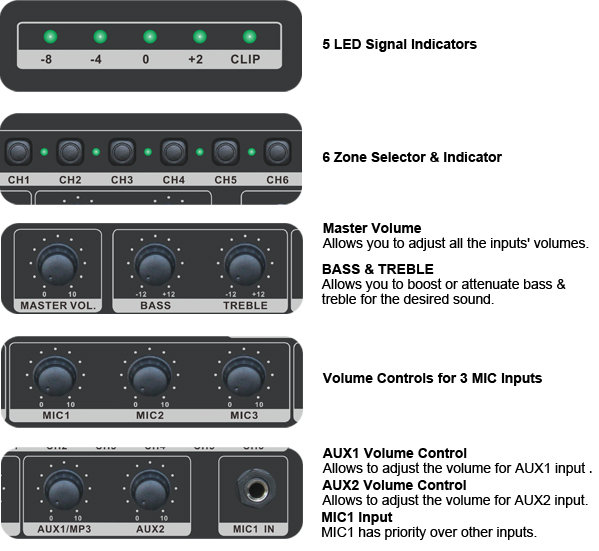 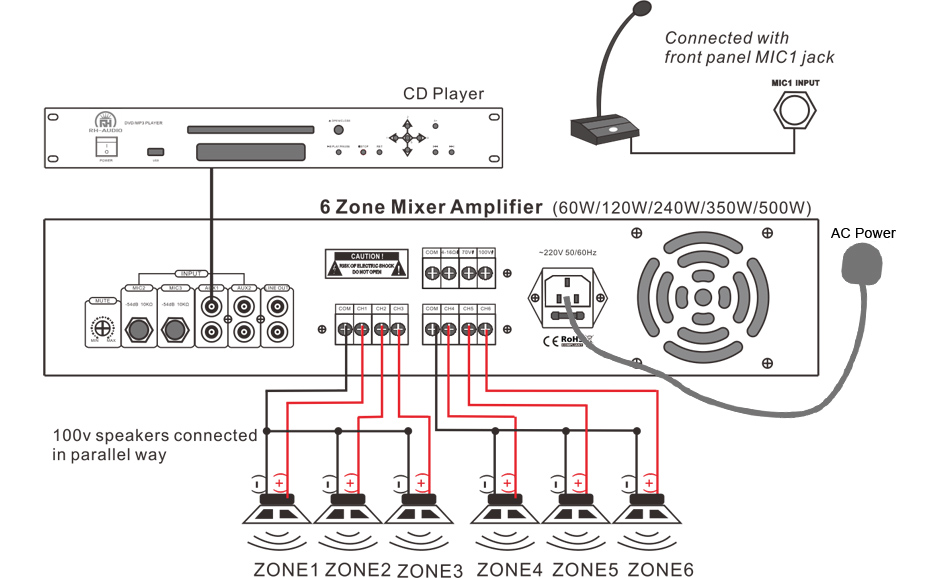 • 4-16 Ω output drives the speakers based on impedances.
• 70V/100V outputs drive the speakers with transformer.
• Do not use both the 4-16 Ω,70V and 100V terminals at the same time.
• Impedances indicated in the figures represent the total speaker system (load) impedances.
• Mute sensitivity control: Adjust the threshold level to activate the MIC1 input priority function.