※ The alarm panel produces an alarm sound automatically when activated by an external signal or manually by the pushbutton.
※ The siren message can be either a built-in siren or a user pre-recorded voice message.
※ 60-second digital IC for voice message recording via MIC.or LINE input.

a short-circuit signal to trigger auto-alarm or by a manual pushbutton on the front panel,it can output a built-in factory defualt siren signal or a user-recorded voice alarm or siren,with the built-in 60-second recording IC,users may record their own voice alarm or siren message.

Can work with a fire alarm system to facilitate the orderly evacuation of a building in the event of an emergency.
Can be operated manually to conduct a fire or an emergency drill. 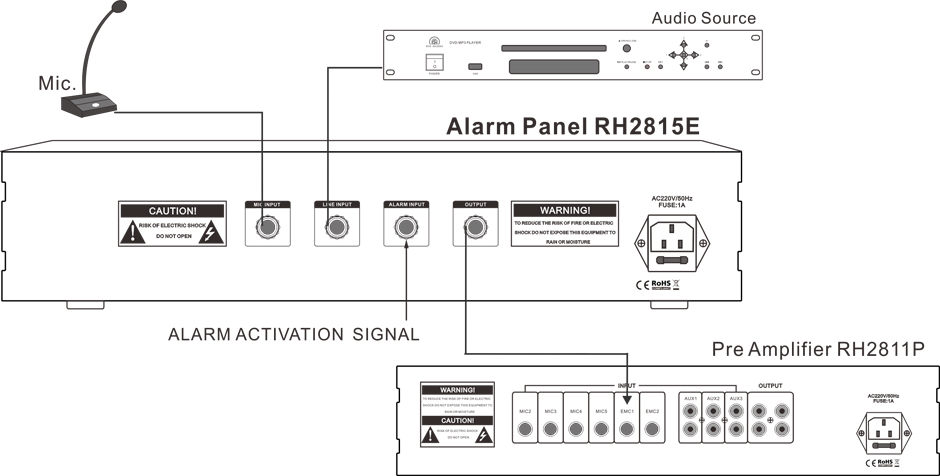 Note:
In above connection,the audio source MIC. & CD player are just for purpose of recording specific message by the user.
• Through MIC INPUT to use microphone for recording the human voice as evacuation audio message for the emergency broadcasting.

• Through LINE INPUT to make recording from other audio source device as evacuation audio message for the emergency broadcasting.

• Built-in SIREN circuitry with pushbutton on front panel for an orderly emergency evacuation of people and conducting a fire or an emergency drill manually.